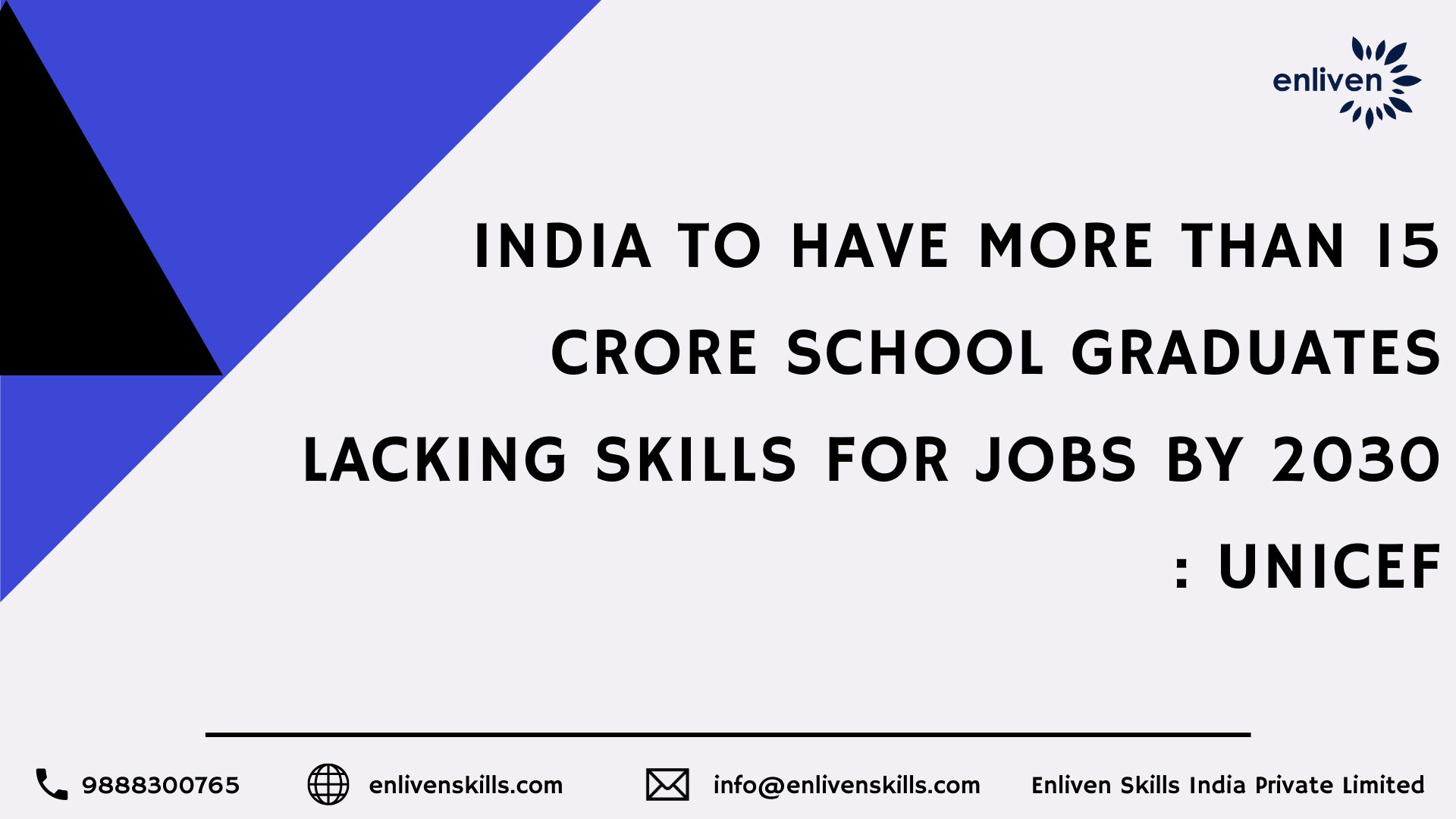 India will have the highest number of secondary school graduates among South Asian nations — at over 30 crore — by 2030 but nearly half of them will lack skills to enter the workforce, a new UNICEF report on skill development has predicted.

Only 47 per cent of Indian school graduates by 2030 will have the basic skills to be employable, said the UNICEF report titled GBC-Education 2030 Skills Scorecard and released last month. However, the number will be an improvement from the present 19 per cent.

A separate UNICEF report cited “low quality of education and suboptimal vocational training which do not give students the desired skill levels the labour market demands” as major obstacles to addressing the youth skills gap.

The report has been prepared by UNICEF in collaboration with the Global Business Coalition for Education (GBC-Education) and the Education Commission.

In South Asian countries — India, Nepal, Bhutan, Bangladesh, Maldives, Sri Lanka and Pakistan — the number of young people completing secondary education and learning basic secondary skills is projected to more than double to 40 crore by 2030, according to the UNICEF report. However, fewer than half of these youths in the region are predicted to attain basic workforce skills.

Of these nations, Bhutan is the best placed with 81 per cent of its secondary school graduates expected to have basic skills for jobs. In comparison to India, Pakistan (46 per cent), Nepal (46 per cent) and Maldives (40 per cent) fare worse.

The South Asian region is home to the largest number of young people anywhere around the globe, with almost half of its 190-crore population below the age of 24.

—enter the labour market, almost half of them not on track to find 21st century jobs,” UNICEF executive director Henrietta Fore said in a press statement last week.

“South Asia is at a critical juncture, with a limited window during which it can reap significant demographic dividends from its talented and capable youth. Get it right, and millions could be lifted out of poverty. Fail to do so, and economic growth will falter, youth despair will rise, and further talent will be lost to other regions,” he added.

Concerns of the youth

In its statement, UNICEF noted that its ‘Voices of Youth’ survey conducted among 32,000 young people in South Asia among the under-24 age group revealed concerns about how well they are being prepared for the modern economy.

According to the poll, many young people in South Asia felt that their education systems are outdated and do not prepare them for employment, the statement said.

The students cited lack of work experience, inadequate support services to improve employability and bribery demands/discriminatory and unfair hiring practices, as key barriers to finding employment even after graduation.

For India, these predictions come at a point when the central government has been trying to focus on skill development, with efforts including mandatory skill-based education as part of school and college curriculum. The country is also eyeing a major revamp in the school education system by giving credits for skill education after class 10.

Join your hand with us for a better life and beautiful future. And I don’t know what I’m going to do.